Life is either a daring adventure or nothing at all

All of my life I have been told I am Irish. Or at least part Irish. It comes from my father’s side through his mother. Her grandfather who raised her always told her they were from Ireland. It is true his family was from Ireland, it’s just they go a bit further back in America than what my Granny was told. Before I knew just how much….or little Irish I am; I went in search of my Irish ancestors. I mean why not I was IN Ireland after all. I had read about this church that was built in the 15th century by some of my ancestors. It is still standing today, mostly in ruins, but still standing. So, of course I HAD to go find it and find it I did!! 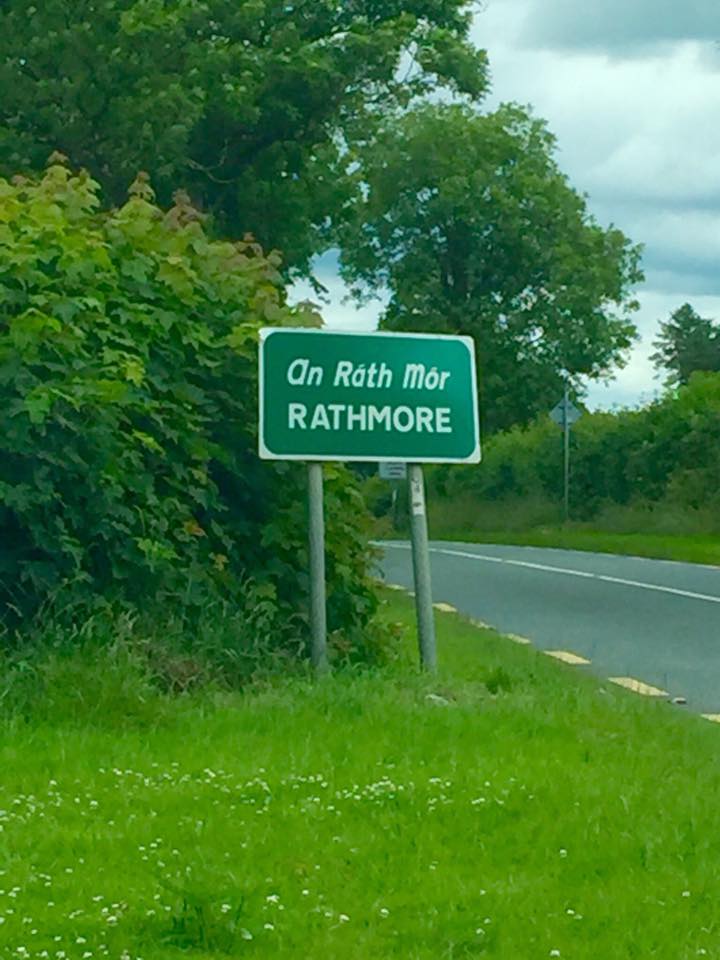 The church (and my ancestors) is located in a little place called Rathmore in Co. Meath. If you blink you will miss it. It took us some time and a few times of getting lost and asking for directions, but we finally found it. Thank you to the older gentleman who was mowing his grass! If it weren’t for him we probably would have never found it.

THERE IT IS! I was beyond excited to FINALLY find my ancestors church. This is not the only church my ancestors family built but it is the only one I found while there. I know that there are two castles still standing but I was not able to find them. 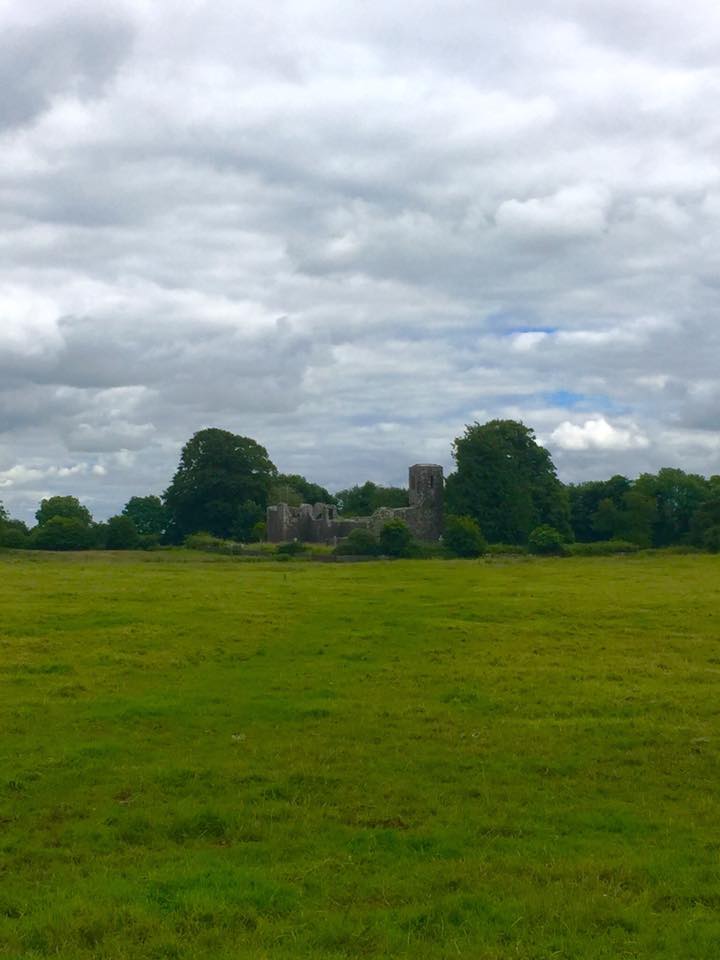 To get to the church you have to cross a cow field. Yes there were cows and they were nice enough to keep their distance while we crossed. Unfortunately they weren’t as nice when we crossed back. More about that later!I was sad to see that the grass is not being kept mowed. I understand it must be hard to mow around the headstones and crosses, but still something needed to be done. This was the entrance into the church. There is a sign at the door in Gaelic and in English.

Earlier I mentioned something about the cows. And I promised a story on them…so here it goes. On our way out of the field, we had to go through a gate to get to the main field, to get back to our car. We get to that first gate and all of the cows are standing around watching us. It turns out as we were taking our time looking through the church the cows were making their way to that gate. So after some debate as to who is going to try to slip out of the gate first; I decided to be the first. As I was slipping out of the gate my leg got stung by a nettle. If you have never been hit by one of these before count yourself lucky. My leg was on fire! As I was limping in pain waiting for Julie to slip out of the gate behind me, the cows began to get closer. Once Julie was free of the gate we started making our way across the field. Only the cows began to follow us. Picture this, I’m limping along, wincing in pain, and trying not to spook the cows, that are now just a couple of feet behind us. I can hear and feel them getting closer and closer until….wait for it….one of the cows licks my butt! YES! That’s right! One of the cows licked my butt. Julie and I were trying very hard to keep it together as we crossed the field. Eventually the cows gave up after they figured out we had no food for them. On our way out of the second gate to where the car was I got stung AGAIN by a nettle. By this point both of my legs were on fire. Lucky for me our host and friend Ryan knew an old school remedy. I was still in pain but it wasn’t as bad. After that we laughed and laughed on our way to our next stop the town of Trim still in Co. Meath. I’ll leave Trim for another time.

Postcards From Alexis
Guardian of Emotions

If left in solitude, man would drive the world into an emotionless destiny. But, we at GOE will never let humans become devoid of Humanity. Because: "The World needs co-operation, not competition..." - Vedant Dasgupta

FASCINATED BY THE WORLD

Life is either a daring adventure or nothing at all

A daily selection of the best content published on WordPress, collected for you by humans who love to read.

The Art and Craft of Blogging

The latest news on WordPress.com and the WordPress community.